As a young adult caring can be a huge challenge as you try to deal with work, education and caring. We can help you to achieve a good life balance between achieving your potential and fulfilling your caring role.

Louise is 24 and has cared for her brother Harry for 18 years.

Harry has Angelman syndrome, autism and ADHD. Louise told us about her life as a young and young adult carer.

“I became a carer the moment my brother, Harry, was born. He has Angelman syndrome, autism and ADHD meaning his development is severely delayed and although he’s 18 years old, he still has the mental age of a nine-month-old baby. At 24, I’m six years older than him, meaning I’ve been a carer for 18 years.

I’ve always found myself acting as a second mother to him. There was never a question as to whether I wanted to look after him, I simply always have wanted to because there are things he can’t do for himself and things my parents can’t do alone. As I’m sure is the same for many young carers, it’s just been a part of growing up and has always been completely normal.”

“One of my first memories was from when he was diagnosed. I distinctly remember my mum crying in the kitchen and helping my dad to make her a cup of tea. When Harry was really little, I just remember all he would do was scream, he wasn’t like a regular baby, not doing regular baby things, you could just tell he was diﬀerent.

“A typical day as a young carer for me was waking up when Harry would wake up and going into the bedroom to do his nappy and getting him ready for the day. Getting him dressed, brushing his teeth, putting on his deodorant, all of that kind of thing, taking him down for breakfast, watching him while we waited for his bus to come and my parents were getting ready.“Harry is very, very active – and one of my roles was, and still is, to help keep an eye on him. He likes to run the taps in the bathroom and to put his hand in the hot cooker. He’s so strong now and when he’s bored and frustrated he’ll rip radiators from the wall, tear doors from their hinges and pull light fittings down from the ceilings. If he sees a puddle in the park and he’s thirsty he will get down on his hands and knees and drink from it.

“He’s also very grabby, he likes to pull hair and rip clothes, and if you’re in the supermarket or any shops you have to keep him directly in the centre of the aisles as he’ll grab whatever he can get his hands on from the shelves, loaves of bread, raw chickens, things out of peoples’ handbags.

“Once he grabbed a massive 20 litre tin of emulsion paint oﬀ the shelf and it split open and went everywhere – all over him, over the floor and anyone who was passing by. At the time I remember feeling humiliated and like I wanted a hole to swallow me up before anyone I knew from school saw me. Now I’m proud to be seen out and about with my brother, but when you’re young you’re just scared of what people might think.

When I was younger there were always people in and out of our house to see Harry. Doctors, consultants, carers – I remember being so jealous because none of them were coming to see me, I used to think: ‘When’s my person coming into the house. Who’s going to look after me, who wants to talk to me?’”

“So once this lady came and she said: ‘I’m here to play with you’ and I was so amazed. It was so fantastically fun for me because she had just come to see me and do crafts with me and take me out and go for walks and play in the park and do things like that. I felt important and cared for and it really boosted my confidence as a child.

“When I was younger it was so important to have that kind of support out there for siblings and young carers. It’s so good to reach out to somebody who’s not in your family or a friend, somebody who is a stranger and they’re only there to talk to you. You just see them for that one specific thing and you can oﬄoad everything onto them and then you feel so much better.

I definitely think it’s good to go to young carers groups or have your own hobbies and do activities that are just for you. It’s so important sometimes just to get away for an hour or two and do something that you love.”

“As being a young carer was and still is such a big part of my life, I feel it is important to raise awareness of the importance of looking after young people who have responsibilities to care for others.

Louise recently graduated with a First Class Honours in Illustration and Animation. 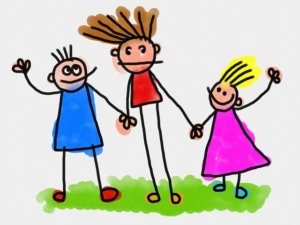 “I became a carer the moment my brother, Harry, was born. At 24, I’m six years older than him, meaning I’ve been a carer for 18 years.”

This site uses cookies. By continuing to browse the site, you are agreeing to our use of cookies.

We may request cookies to be set on your device. We use cookies to let us know when you visit our websites, how you interact with us, to enrich your user experience, and to customize your relationship with our website.

Click on the different category headings to find out more. You can also change some of your preferences. Note that blocking some types of cookies may impact your experience on our websites and the services we are able to offer.

These cookies are strictly necessary to provide you with services available through our website and to use some of its features.

Because these cookies are strictly necessary to deliver the website, refuseing them will have impact how our site functions. You always can block or delete cookies by changing your browser settings and force blocking all cookies on this website. But this will always prompt you to accept/refuse cookies when revisiting our site.

We fully respect if you want to refuse cookies but to avoid asking you again and again kindly allow us to store a cookie for that. You are free to opt out any time or opt in for other cookies to get a better experience. If you refuse cookies we will remove all set cookies in our domain.

We provide you with a list of stored cookies on your computer in our domain so you can check what we stored. Due to security reasons we are not able to show or modify cookies from other domains. You can check these in your browser security settings.

We also use different external services like Google Webfonts, Google Maps, and external Video providers. Since these providers may collect personal data like your IP address we allow you to block them here. Please be aware that this might heavily reduce the functionality and appearance of our site. Changes will take effect once you reload the page.